The evacuation zone for California’s CZU August Lightning Complex — named for the fires ignited by a rash of thunderstorms early this week — now encompasses all of California’s oldest state park, Big Basin Redwoods.

The Santa Cruz Sheriff’s Office released a map of the recommended evacuation areas for the fire Wednesday morning, revealing the reaches of the devastating fires that have already torched 10,000 acres and threatened 6,000 buildings.

The CZU complex, made up of a group of large fires, swept through San Mateo and Santa Cruz counties overnight pushing smoke into the Santa Clara Valley.

“Last night, we saw a major increase in fire activity throughout both San Mateo and Santa Cruz counties, and we saw several of the fires merge together,” said Cal Fire Deputy Chief Jonathan Cox during a briefing Wednesday morning. “This is a very active timber fire burning in two counties, with a serious threat to both public safety and for structures that are out in front of it.” 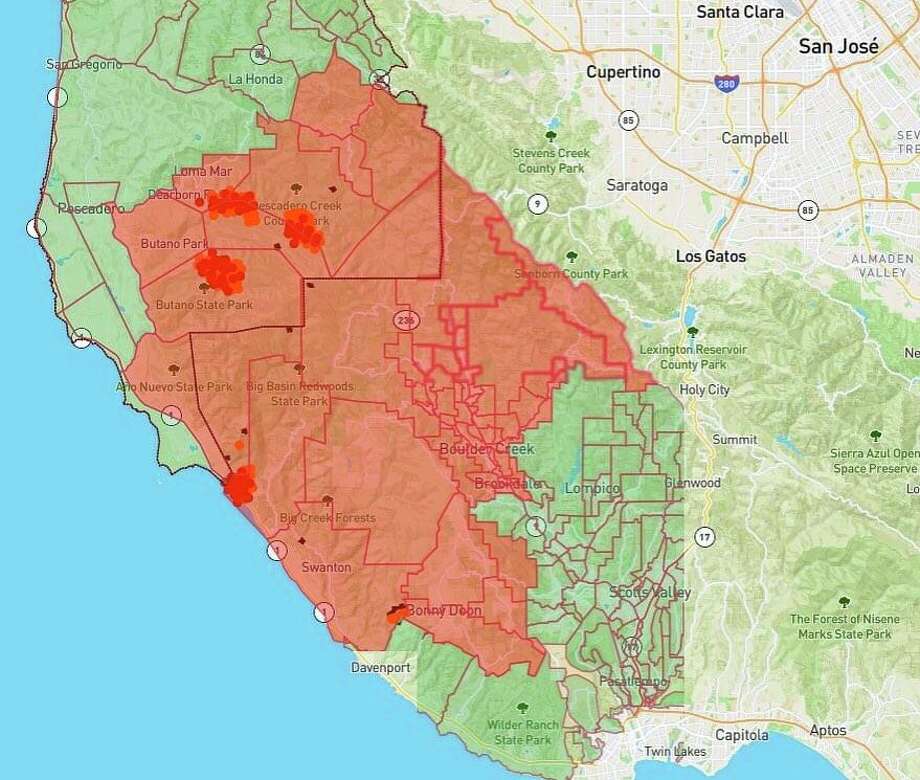 Santa Cruz Sheriff Office released this map of the recommended evacuation areas for the CZU Lightning Complex Fire on Aug. 19, 2020.

The park is home to a plethora of wildlife including deer, banana slugs, raccoons, bobcats, egrets, herons and acorn woodpeckers. The lush canyons are also home to many waterfalls. The existential threat posed to the flora and fauna in the California Historical Landmark’s 18,000 acres has never been so severe.

This video shared by Cal Fire over the weekend shows a plane dropping fire retardant on the smoke emanating from a forest in the region.

There have also been a total of 22 fires in the country since three days.

ADVERTISEMENT
No Result
View All Result