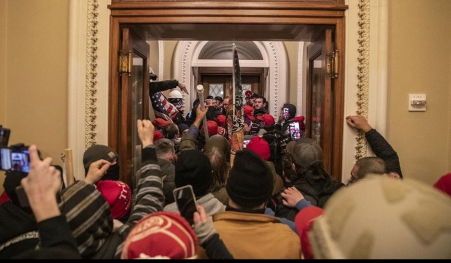 • A Woman was shot dead by police and three others died of “medical  emergencies” Police stated.

• Some Republicans were trying to overturn the result in some states but  lack sufficient support.

Supporters of President Trump have stormed the US Capitol on Jan 6, where  members of Congress were meeting to certify President-elect Joe Biden’s win. The  House floor evacuated. The entire DC National Guard has been activated, and the  DC mayor extended the public emergency in the country’s capital for another 15  days. 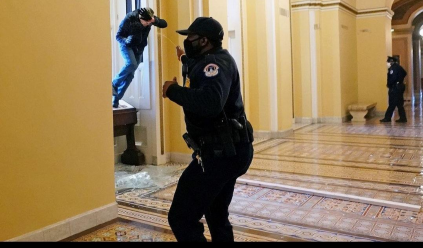 According to the latest news at least 4 had already been killed whereas in a video  by Trump he states “we don’t want anybody hurt” President Trump, who earlier  encouraged his supporters to head to the Capitol, asked them to stand by the law  and go back home after the violent clash. “This was a fraudulent election, but we  can’t play into the hands of these people. We have to have peace. So, go home,” He added.

Lawmakers were evacuated to secure locations after protesters breached security  and entered the Capitol building on Wednesday, where members of the Congress  were going through the process of counting and certifying the Electoral College  votes to affirm Joe Biden’s victory in the November 3 presidential election.

Why Trump is blamed?

According to the several lawmakers including members if Republican party, the  president Trump directed his followers to head to Capitol Hill.

“And after this, we’re going to walk down there, and I’ll be there with you, we’re  going to walk down…to the Capitol and we are going to cheer on our brave  senators and congressmen and women,” he said. “And we’re probably not going  to be cheering so much for some of them. Because you’ll never take back our  country with weakness. You have to show strength and you have to be strong” trump added.

He repeated his claims that the election had been “rigged” by “radical democrats”  and the “fake news media”, urging his supporters not to accept the results of the  election. “We will never give up. We will never concede. It doesn’t happen. You  don’t concede when there’s theft involved,” he said.

No Result
View All Result